We are completely speechless that not only a month and a half ago we were finishing up our adoption papers. I bet that we weren’t going to get a baby till October and Riley said not till December. The Lord was definitely laughing at us when we said that 😉 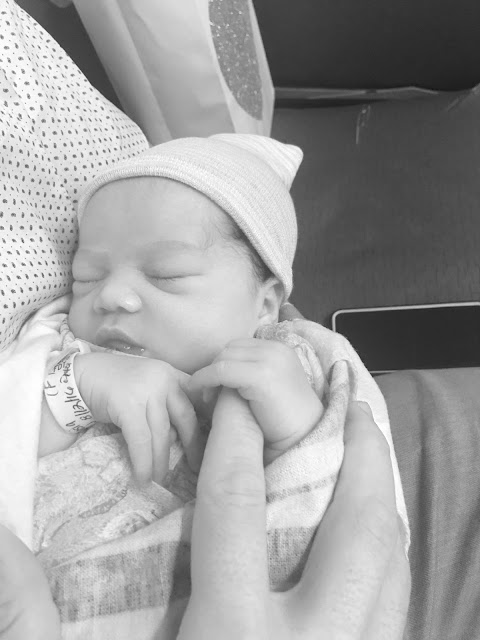 As many of you know, we were matched with twin boys which ended very badly for us. We were heart broken, but through out the whole process, both Riley and I had complete peace that those boys would be okay. That’s the only thing that got us through that time.
After we had gotten home from Indiana (where the twins were) we were presented with about 4-5 different profiles. Some didn’t feel right and others we sent our profile to but the craziest things would end up happening. We sent our profile over to a mother, but by the time it got to her she was in critical condition from a car accident. Then we sent our profile to another mom and she stopped responding after she gave birth. All of these happened to be boys. We just felt like we were supposed to have a boy. Again, the Lord was probably laughing!
We got a text from our social worker asking us if we were interested in a girl. By this time, we decided to let all of our expectations down and go with whatever felt good and was presented to us. We said sure, why not (plus I secretly have been wanting a girl from the start) The social worker sent us over a picture of the birth mom and the daughter she currently has. Both Riley and I were stunned. They were beautiful! No really, just stunning! We were also, a little freaked out that her daughter looked like she could be mine and Riley’s. We gave the “okay” to our social worker to send our profile over to our birth mom. Of course our guard was up, but we were still super anxious. 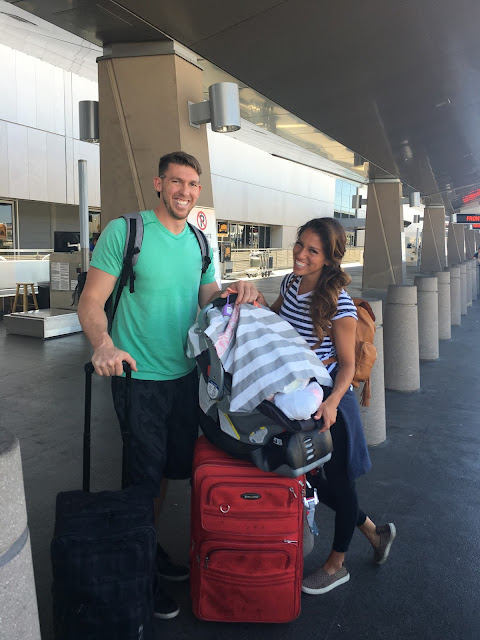 About a day later we got a text from our social worker saying the birth mother loved us and has chosen us to be the adoptive parent. She sent us over a text that the birth mom had said.
“…She’ll (Lemmon) get a huge amount of attention being the only one and I just want her to feel like the most special little girl in the world despite anything and my decision…”
That right there shows what kind of women our birth mother is. So self-less. We were able to talk to her on the phone a couple days later. Can I tell you, I’ve never been so nervous for a phone call in my entire life! Riley thought I was going to cry haha. We talked for about 20 minutes about ourselves and her. When we were telling her about us, she said “I already know all of that. I memorized your profile.”  She wanted to make sure her baby was going to a family that she knew and loved also.
**This all happened about a week and a half after we were home from Indiana. We knew about Lemmon for about a week before going out there. So, yes, we did tell a little fib to friends and family. But it was for a good cause 😉 ** 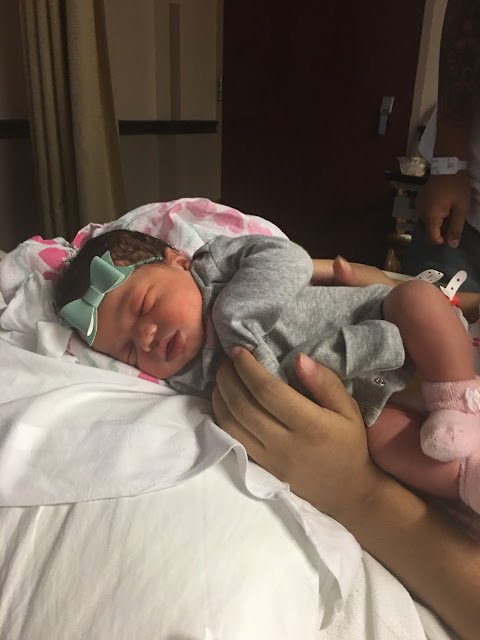 (Lemmon and her birth mom)
Our birth mom planned to be induced so that we could be there right when Lemmon was born. So we booked our flight for stand by out of Salt Lake for Wednesday afternoon. Tuesday Afternoon we got a call saying we wouldn’t make it on that flight and if we left on the next flight then we wouldn’t make it in time to see Lemmon right after. So, Tuesday at 9:00 pm we drove to Vegas and then left on a flight from there Wednesday afternoon. Flew to New York City and had a lay over for 8 hours. It would have been cool to see the City if our lay over wasn’t in the middle of the night! haha, so we found a little corner in the airpot and tried to get as much sleep. Which meant about 45 minutes 😉
We finally got into New Orleans and all the feelings of the twins came flooding back (that’s when it all went down hill) but by lots of praying together, we still felt comforted.
We later found out she wouldn’t be having Lemmon till Friday now. So we decided to hit up down town and keep our minds occupied as much as possible. Friday morning we woke up and waited, and waited, till about 2:00 we were told to go to the hospital and then wait for a call to go up to the room. We were freaking out!! We drove to the hospital, sat in the waiting room and said one last prayer together. We finally got the okay to go up to the room so we went and asked the receptionist where to go. Well, turns out we went to the wrong hospital on the opposite side of town. I told you, we were freaking out!
We drove to the right hospital, which happened to be 4 minutes from our hotel room. Score! Right before we walked into Birth Mom’s room, we squeezed each other’s hand and said “You ready for this?” A huge breath from the both of us and we opened the door.
The first thing out of our birth mother’s mouth “You’re here! You actually came! You guys are so beautiful!” Riley and I were immediately comforted. We sat and talked for a bit about her delivery. I hope Lemmon get’s her birth mother’s patience. She is incredible. 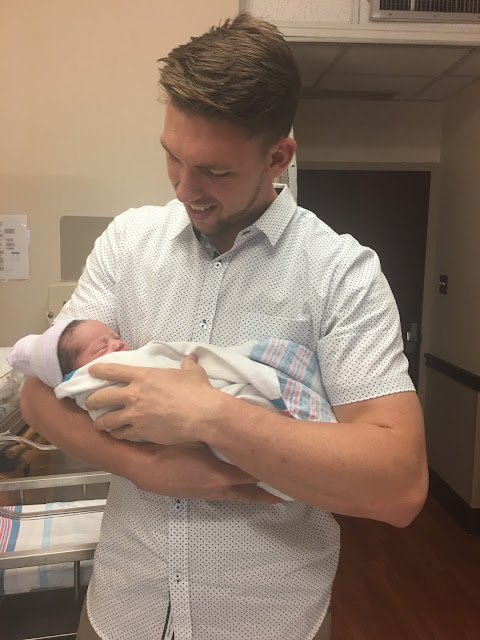 Riley and I then were able to go to the nursery to finally see Lemmon. They opened the curtain and there she was! In all her puffy, tons of hair glory! I was balling, Riley was smiling from ear to ear. She was ours.
For the next few days, we would get to the hospital at 9:30 a.m. and stay till 7:00 p.m. Our poor birth mom was probably sick of us by then. We were able to get to know our birth mom so much over those few days. She is funny, kind, beautiful, self-less, patient and has the most christ-like love I have ever seen in anyone. 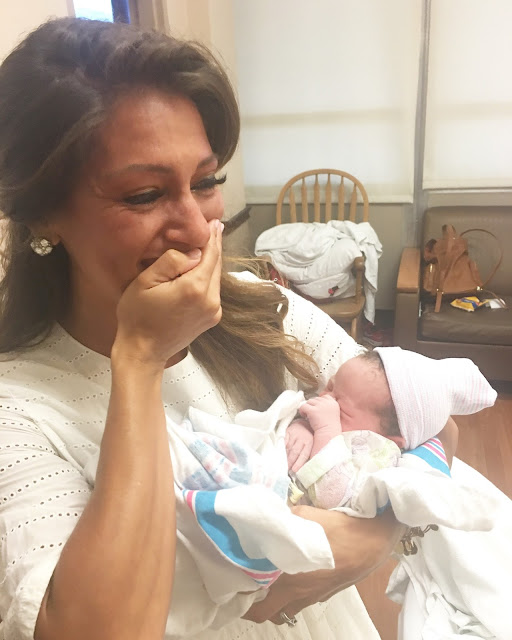 We were all dreading Sunday, obviously for different reasons, but it was the day our birth mom would sign her rights away. We stepped out of her room and waited in the hall. After about 30 minutes our social worked walked out and said that Lemmon was officially ours. Riley and I hugged for what seemed like a life time and I balled my eyes out.
I of course was beyond happy, but this women had turned into my sister these last few days. I couldn’t imagine what she was going through at the time. I cried for her heart ache, I cried for her sacrifice, I cried for her self-less heart, I cried simply just for her. 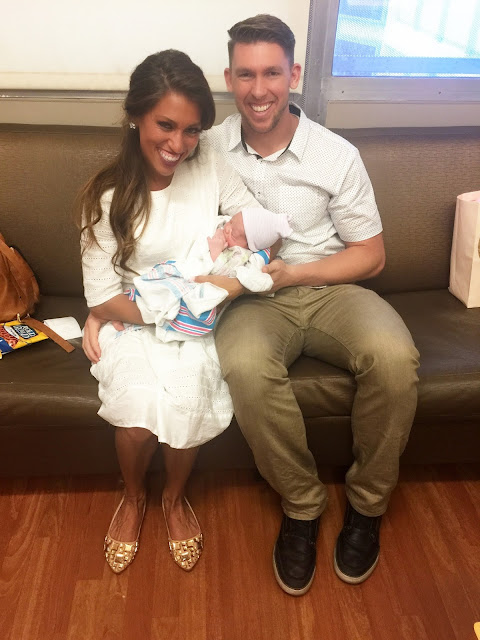 Monday morning, Lemmon and Birth mom would be released from the hospital and we would be taking her home. I already am crying thinking about that day. Birth mom, Lemmon and I stood outside the hospital while Riley and her boyfriend went to bring the cars around. I can’t even begin to describe that moment in my life.
No doubt, it was as sacred as when I was sealed to Riley. Our sweet birth mom handed Lemmon over to me as we both were sobbing. I couldn’t even imagine what this incredible women was going through. She was now my hero. She loved Lemmon so much that she knew this was exactly what was needed. I know without a doubt that the angels of heaven where there helping Lemmon’s birth mom pass her over to me, and the angels of heaven were there helping me receive Lemmon into our arms. That moment will ever be engraved in my memory.

We then took our little Lemmon back to our hotel and just stared at her all day. This whole experience has molded me into who I have always wanted to be come. Yes, it was the hardest thing I have ever had to endure. But, I would do it all over again, just to get sweet Lemmon.
If there is one thing I have learned in the past few years of infertility and adoption is, FAITH! Have complete faith in the Lord. Faith that he may heal you. Faith that he may not heal you. But most of all faith in his timing. The only reason we have Lemmon is because of our Heavenly Father. He planned this all out so perfectly and like I said. I would do it all over again just to get Lemmon. 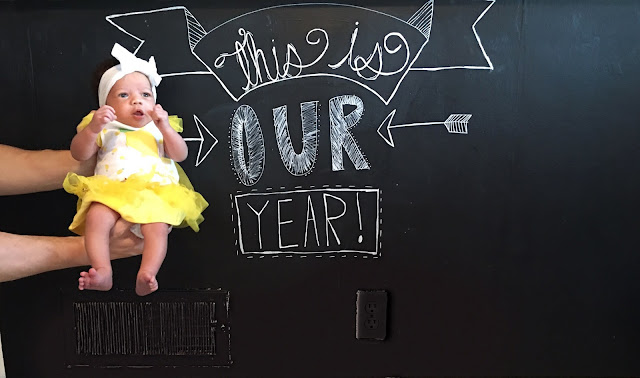 Ways to Fundraise for Adoption

10 Things To Do With Your Kids…

0 responses to “Our Adoption Story”